Manufacturer-imposed restrictions prevent farmers from fixing their own tractors. Dealership consolidation in California and around the country leaves them with even fewer repair choices.
For Immediate Release

California — Many farm equipment manufacturers prevent farmers from accessing the software tools they need to fix their modern tractors. That forces farmers to turn to corporate-authorized dealers for many problems, which can lead to high repair bills and delays that can put their crops—and their livelihoods—at risk. While farmers have always relied on local dealerships for help, more and more those dealerships have been bought up by large chain networks, further reducing competition and exacerbating the problems farmers already face due to repair restrictions.

A new CALPIRG Education Fund report, “Deere in the Headlights II,” demonstrates the extent of the dealership consolidation problem, looks at the specific impacts on California farmers, and shows how Right to Repair reforms could dramatically increase farmers' repair choices.

Our research found that John Deere, which controls 53% of the country’s large tractor market, has more consolidated and larger chains than competitors Case IH, AGCO and Kubota. Eighty-two percent of Deere’s 1,357 agricultural equipment dealership locations are a part of a large chain with seven or more sites. In California, there is one John Deere chain for every 8700 farms and every 3,038,000 acres of farmland. 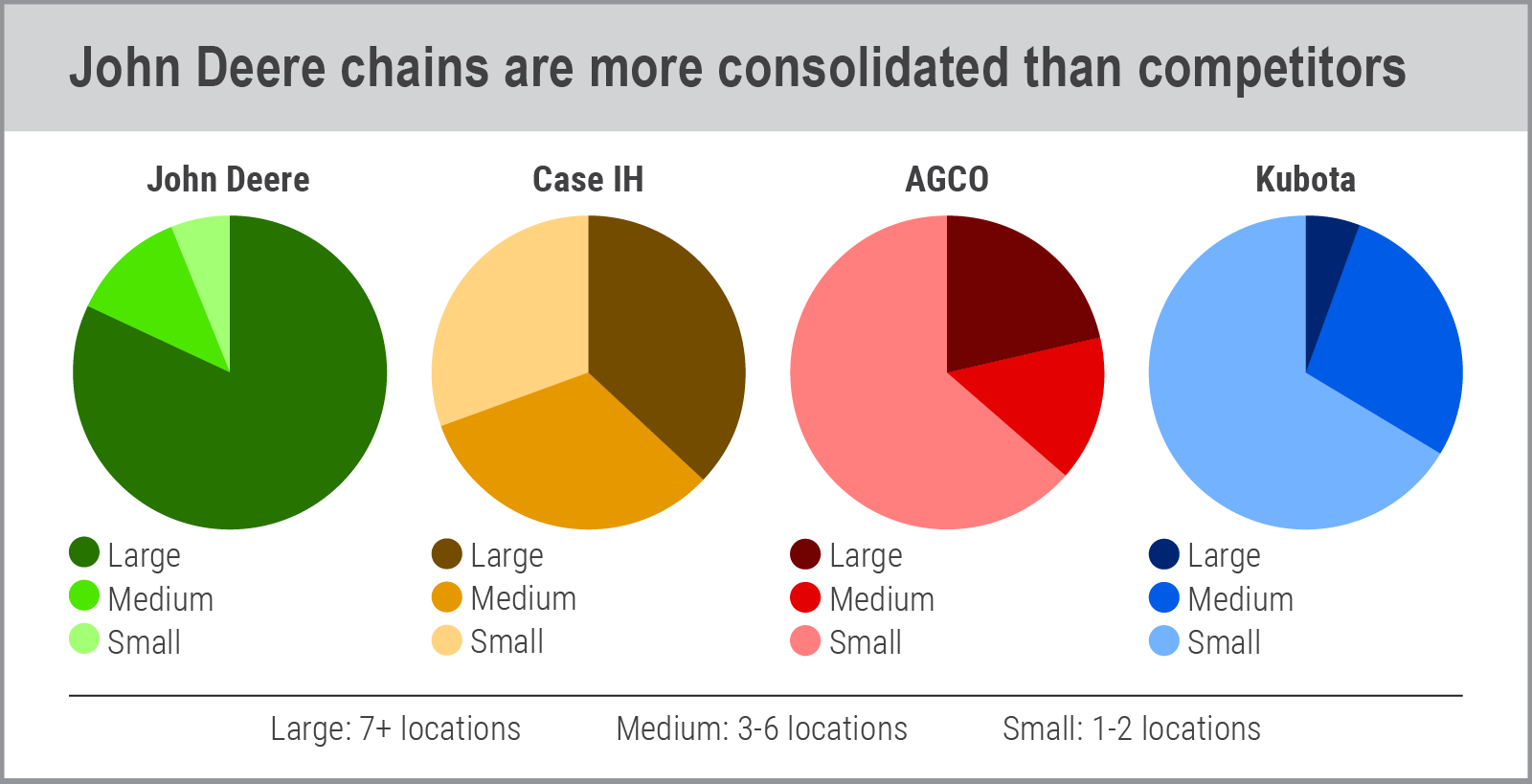 “Between repair restrictions and dealership consolidation, farmers are feeling hog-tied,” said Sander Kushen, Advocate for CALPIRG Education Fund. “Farmers deserve to be able to choose between fixing their own tractors, hiring an independent mechanic or turning to competing dealerships nearby. Instead, many have only one dealership chain within a hundred miles that services their brand of equipment. Finding repair options shouldn’t be like searching for a needle in a haystack.” 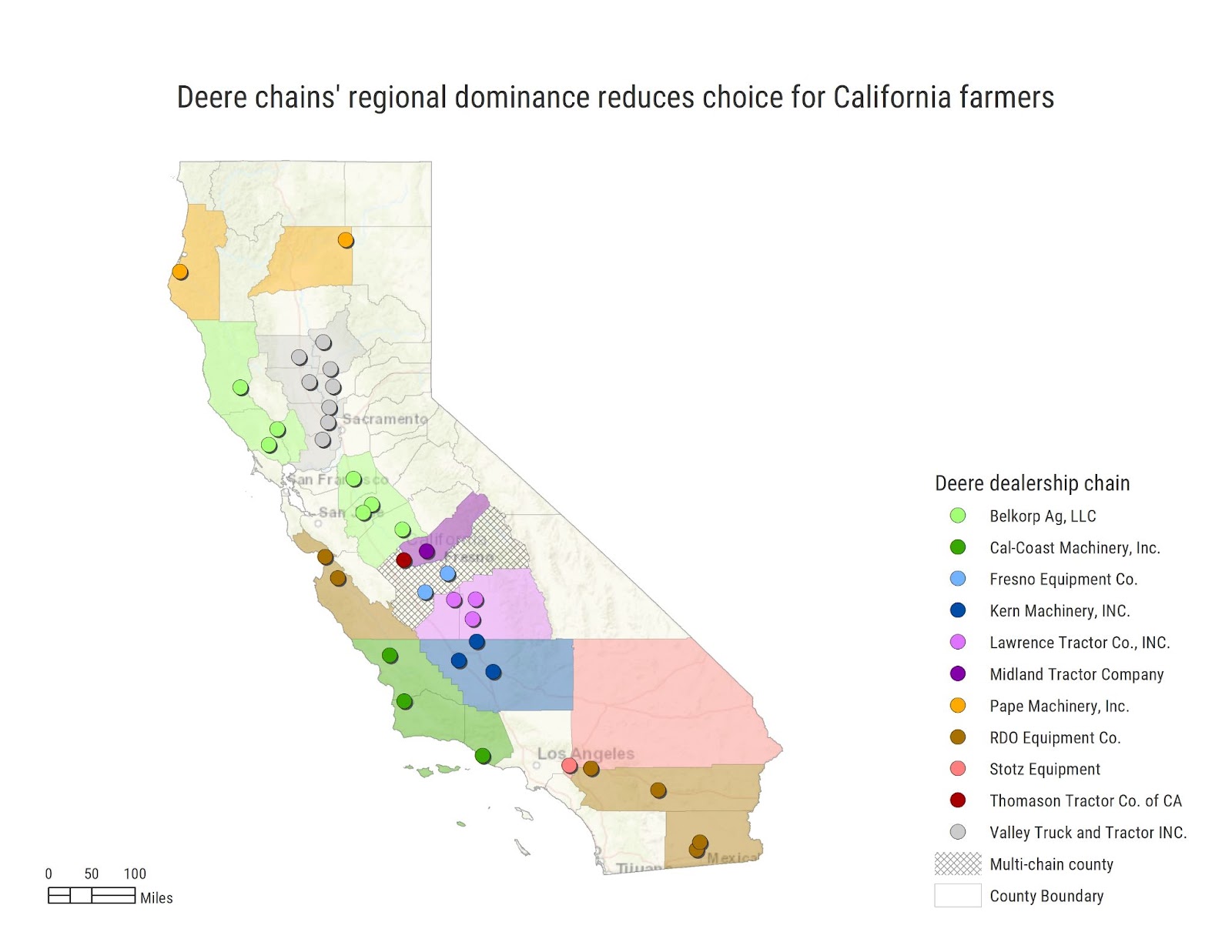 “You used to go into your local dealer and know everyone by name, but now corporate dealerships have swallowed up the little guys,” said Joaquin Contente, a California dairy farmer and president of California farmer’s union. “This consolidation means higher prices, and sometimes weeks of delayed service.”

Many farmers including Contente are calling for Right to Repair reforms, which would provide farmers and independent mechanics with the software and other materials required to repair modern tractors.

Sen. Jon Tester (D-Montana) introduced the Agricultural Right to Repair Act in the U.S. Senate earlier this month, while state legislators from both sides of the aisle have authored similar bills in 19 states so far this year.

“Farmers' repair options are dwindling, and it’s a cause for concern,” said Kushen. “Giving farmers a Right to Repair means that they can take equipment to a wider variety of local businesses. Manufacturers shouldn’t be allowed to tell farmers where they can fix their equipment. It’s common sense.”